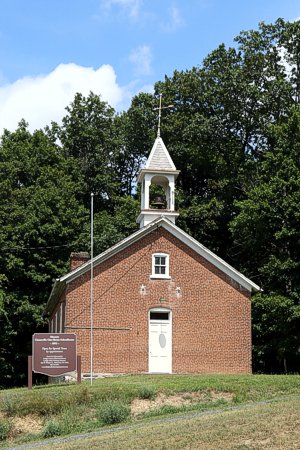 Lowhill Township is located in Lehigh County, PA with a population of 2,173 at the 2010 census. We are a suburb of Allentown, Pennsylvania, in the Lehigh Valley region of the PA. It is drained by the Jordan Creek into the Lehigh River. Its villages include Claussville, Leather Corner Post, New Tripoli, Lyon Valley, and Weidasville. Route 100 crosses it from north to south.

Lowhill Township was established on the 18th day of December, 1753 in the Quarter Sessions Court of Northampton County. Lowhill Township was originally part of the territory that William Penn's sons purchased from the Lenni-Lenape tribe during the infamous Walking Purchase of 1737. Although Lowhill was initially designated part of Northampton County, the township was transferred over when Lehigh County was created in 1812.

A picturesque farming community replete with rolling hills and mineral-rich soil, the land was primarily settled by German immigrants who came to the area during the early part of the 18th Century. As a result, the German dialect known as Pennsylvania Dutch was the primary language of the area for nearly two hundred years, and was often taught in the one-room schoolhouses that operated in the area until the mid-1950s.

Bittners Corner
John Hartman took out land warrants in 1768 and 1789 for this area and Jacob Becker built the first grist mill. Andreas Bittner bought the property. His son Jacob Bittner obtained the property in 1812 and thru his industriousness Bittners Corner was established. This was one of the most important villages in Northwestern Lehigh County before the railroad came to the area and took business to other places. At one time, there were two grist mills, a saw mill, hotel, store, cigar factory, shoemaker and clover mill.

Claussville
Located along present day Route 100 a tavern was built here in 1800 by Daniel Schumacher. The village that arose around it got its name from Daniel Clauss who kept the tavern from 1834 to 1851. A store was opened in the tavern in 1830 by John Shifferstein and Joseph Slough. A new store and dwelling house was built in 1844 opposite the hotel by Levi Knerr. It was operated by his family until it was sold to William Dotterer and known as Dotterer's Modern Country Store until its closing. The village also included a blacksmith shop, wheelwright shop, lodge hall and schoolhouse.

Leather Corner Post
There are several traditions as to how this village obtained its unusual name. Probably the oldest tavern establishment in Lowhill Township, it was opened prior to the Revolution by Ludwig Smith. The present hotel was built in 1861 by John P. Baer. A tannery was at one time located across the street from the hotel and supposedly had some influence in naming the village. More recently, the Hotel is famous for the Boomba music.

Lyon Valley
This area north of Claussville, also along Route 100, was named after the Lyon Creek which flows thru the area. The establishments at one time were known as old Lyon Valley and new Lyon Valley, located on either side of the present highway. Daniel Bittner opened a tavern and store in the same building in 1845. The Hotel was later abandoned and the general store was continued on the Old Lyon Valley side until closed by Robert Kemmerer in the 1950's. A new hotel, creamery and grist mill were erected on the New Lyon Valley side. The creamery and hotel are still standing today.

Weidasville
The land in this area was first warranted to John Gimbel and was resold numerous times until Peter Weida purchased the 200 acre tract in 1811. In 1830 John Weida opened a general store. The store was later operated by his son, Benjamin Weida until 1864. The post office was opened by John F. Weida in 1863 until the rural free delivery route of Schnecksville forced its closing in 1908. There was also a large grist mill in the village.

Additional history on Lowhill/Weisenberg Township can be found on the weisenberglowhill.org website.